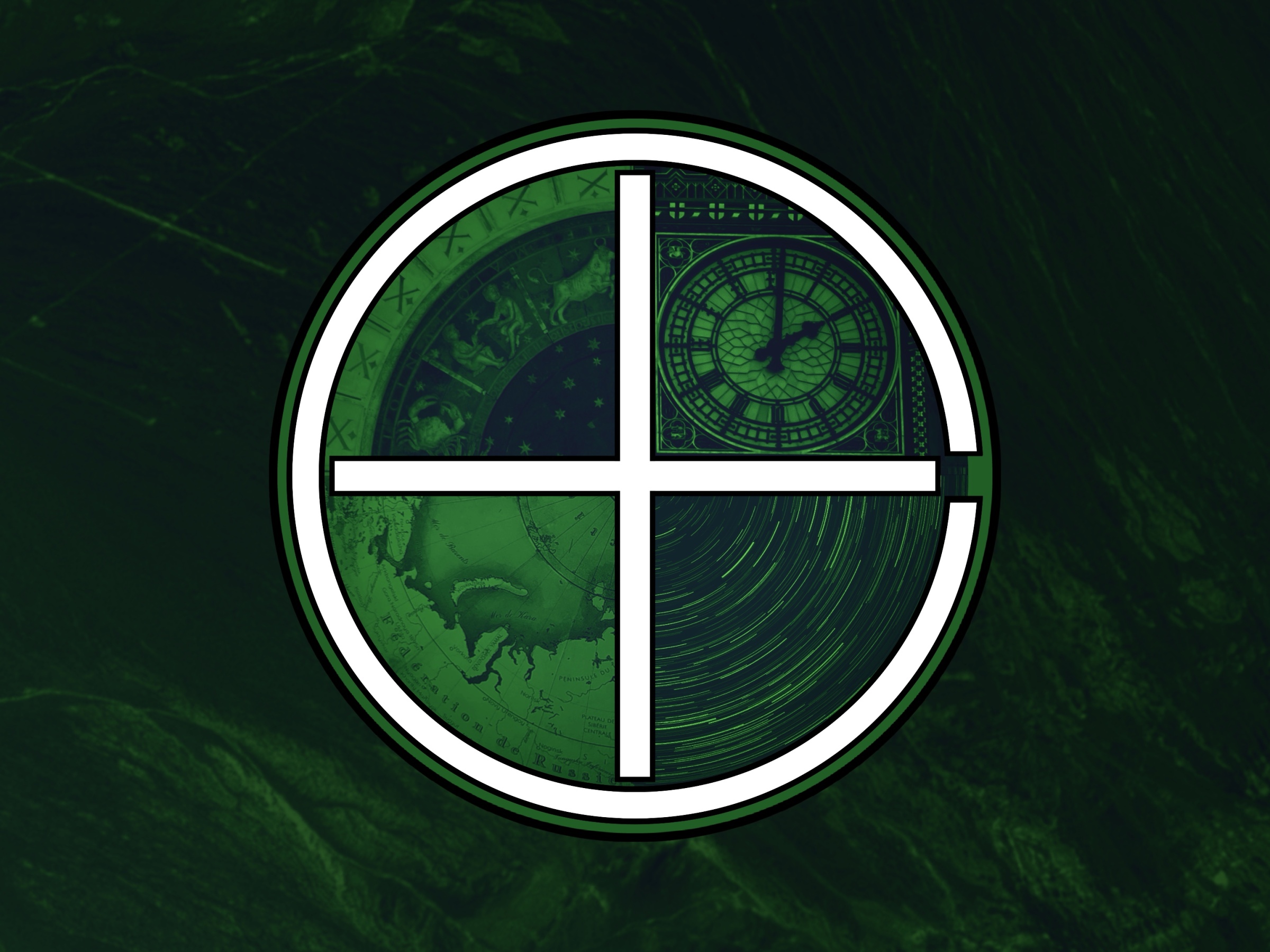 “Only a mastery of historical time could make it possible to set the events they described, the inventions they commemorated, and the philosophical systems they preserved on a single, coherent time line. No wonder, then, that chronology, the scholarly study of time past, attracted ambitious, hard-driving thinkers. …Luther and Melanchthon, Mercator and Ussher, Newton and Vico.”
– Anthony Grafton (2003)[3]

Chronology is fundamental for historical studies. But how is chronology defined? From what I’ve seen, there are two main definitions for chronology. One defines chronology as “the order in which events occurred”. The other defines it as “the science/study of time”. A fuller exploration into the various definitions is provided below in the “Definitions” and “Etymologies” portions of this article.

Time is the progression of events through the past, present, and future. I have an article here dedicated to the topic of time. For as far back as I can tell, studying time has been critical for survival. The study of time can help with predicting the future. Among other things, this means that hunting seasons can be prepared for, when to plant and when to harvest can be systemized, and travel times can be determined.

Joseph Justus Scaliger (1540-1609) is commonly considered the Father of Chronology. His works on chronology were largely the basis for Denys Petau’s in the 17th century. Both of their works have been foundational for the discipline of chronology through to this day. One interesting fact about Petau’s impact on chronology according to Bickerman is that he is the one who introduced the BC side of the “BC/AD” dating system.[15, p.10] Although, Hannah notes that this was introduced by Bede.[16, p.156] I’m unsure who’s in the right here.

To learn more about who called Scaliger what and when, check out my article on the fathers of chronology.

The prominent scholar E. J. Bickerman made note in 1968 that there was “no adequate, full-scale treatment of ancient chronology”.[15, p.96] As of writing this sentence, it is 2021, some 53 years later from when the copy that I have of Bickerman’s book was published. I think that chronological studies have developed over the past half century, but also that Bickerman’s quote still stands true.

Many debates have been had by chronologists and many more are to come. Sir Isaac Newton, sometimes called the Father of Science, had a work published posthumously titled “The Chronology of Ancient Kingdoms Amended” (1728). This publication caused a notable amount of controversy, with some people in support and others in opposition. Henry Winder, commenting in 1756 amidst the fury of chronological discussion spurred by Newton, asserted that Newton was the “true Father of Chronology”.

The most interesting chronological debate which I currently don’t think is fully settled yet is that debate surrounding Fomenko’s New Chronology. The idea set forth there is that human civilization is only about 1200 years old, which stands in stark contrast to what the majority of historians and relevant scientists believe. It is some 50 years in the making and I have quite a bit of content on it here.

“In fact, [chronologers] argued so vociferously, over everything from the dates of the kingdoms of Israel and Judah to those of the consuls of ancient Rome, that their quarrels became proverbial. Everyone knew, one seventeenth-century expert wrote to a colleague, that chronologers, like clocks, never agreed.”
– Anthony Grafton (2003)[3]

“Hardly surpising, then, that in seventeenth-century parlance “when two men be irreconcilable, they are … compared to Chronologers“.”
– Buchwald & Feingold (2012)[19, p.112]

“Up until comparatively recent times Chronology was a confused mass of systems and methods of computing time.”
– The Catholic Historical Review (1922)[17, p.464]

Samuel Johnson’s 1755 Dictionary did not include a definition for chronology.

Webster’s 1828 Dictionary defined chronology as:[10]
“The science of time; the method of measuring, or computing time by regular divisions or periods, according to the revolutions of the sun, or moon; of ascertaining the true periods or years when past events or transactions took place; and arranging them in their proper order according to their dates.”

Merriam-Webster’s Dictionary defined it as:[11]
1 – “the science that deals with measuring time by regular divisions and that assigns to events their proper dates”
2 – “a chronological table, list, or account”
3 – “an arrangement (as of events) in order of occurrence”

Dictionary.com defined it as:[12]
1 – “the sequential order in which past events occur.”
2 – “a statement of this order.”
3 – “the science of arranging time in periods and ascertaining the dates and historical order of past events.”
4 – “a reference work organized according to the dates of events.”

Lexico defined it as:[13]
1 – “The arrangement of events or dates in the order of their occurrence.”
2 – “A list which has a chronological arrangement.”
3 – “The study of historical records to establish the dates of past events.”

Chrono-, “relating to time”.
-logy, “denoting a subject of study or interest”[1]

1585 – This is allegedly the first time the word chronology was used. It was used with the meaning listed above on point 1.[11]

Etymonline reports the etymology for chronology as: “1590s, “the science of time,” from Middle French chronologie or directly from Modern Latin chronologia; see chrono- + -logy. Related: Chronologer (1570s). Meaning “particular statement of the supposed order of certain past events” is from 1610s.”[2]

“All systems of chronology have suffered, more or less, from the obliterating tendency of time, and the willful, as well as the accidental, destruction of documents.”
– James Cecil Macdonald (1897)[14, p.12]

C5th BCE: Greek scholars compiled lists of the Olympic victors and of the priestesses of Hera. They also applied astronomy in order to obtain dates for even earlier events.[3]

C4th BCE: New types of chronologies were developed. Notably, scholars such as Berossus and Manetho crafted chronologies to prove that their own nations were older than the nations of their masters.[3]

C3rd-4th CE: Christian scholars merge Greek, Roman, and Egyptian histories for a coherent chronology. Notable scholars include Jerome and Eusebius, who laid the foundations for chronology until the Renaissance scholars replaced them.[3]

C16th CE: Joseph Scaliger revolutionized the field of chronology and laid the foundations which are still in use today.

“The position of chronology as at the Middle Ages has been tersely put by the learned compilers of Le Grand Dictionnaire Universal. ‘Chronology’, they declare, ‘as a science was till then (Scaliger’s time, 16th century,) unknown. People wrote ancient history without any criterion, copying the dates, as everything else, from the authorities immediately under their notice, without so much as troubling themselves to reconcile the differences in these records, or indicating principles upon which the counting of years should be placed.’ And who can tell what erroneous conclusions, founded upon errors in dates, have arisen and flourished?”
– James Cecil Macdonald (1897)[14, p.74]

C17th CE: “In the seventeenth century, owing to civil uproar, there are many chronological inaccuracies.”[14, p.57] This quote is from Macdonald’s chapter on the chronology of Scotland and so I think this quote possibly only applies to Scottish chronologies.

C18th CE: “…commonly hailed as the era of the birth of modern historiography, is less noted as the age also of the demise of chronology as a traditional historical form.”[7]

C20th CE: Venance Grumel (1890-1967) became the “first historian to pay proper attention to the chronological methods that arose out of the traditions of Christian world chronography and Eastern reckoning (the computus)”.[4, p.13]

Bickerman’s quote above is important because it emphasizes the importance of dating from the present. If a date cannot be reckoned from the present date, its placement in history is on flimsy ground. This is one reason why I’m an advocate for provenance studies. Provenance studies can establish the history of an item (broader approach) and/or the ownership of an item (specific approach). I prefer the broader approach because I think it’s more encompassing as to what all you can include, whereas the specific approach focuses solely on ownership (which is included in the broader approach).

“Neither Bodin nor Mercator believed that chronology should rest on astronomical and historical evidence alone. For both men, the Bible, properly understood, provided almost all of the solid information about the first three millennia and more of human history.”
– Anthony Grafton (2012)[5, p.188]

Funck was the first to use Ptolemy’s astronomical data as the foundation for a chronology. Mercator and Crusius used astronomical eras in their chronologies. They believed the dates obtained from calculating eclipses provided a solid basis for dating historical events.[5, p.187-188]

The following quote from Pattison is outdated. There were chronologers prior to Scaliger in the 16th century who attempted the same. Scaliger built upon the works of Mercator, Funck, Crusius, and Glareanus.[5]

“Hitherto the utmost extent of chronological skill which historians had possessed or dreamed of had been to arrange past facts in a tabular series as an aid to memory. Of the mathematical principles on which the calculation of periods rests, the philologians understood nothing. The astronomers, on their side, had not yet undertaken to apply their data to the records of ancient times. Scaliger was the first of the philologians who made use of the improved astronomy of the sixteenth century to get a scientific basis for historical chronology.”
– Mark Pattison[5, p.188]

“There are two general branches in the science of Chronology – Mathematical (Theoretical, Astronomical), and Historical (Technical). Mathematical Chronology is that part of the science of mathematics which determines the laws to be used in measuring time. Technical or Historical Chronology, of which we treat here, has for its object the system of authenticating the dates given in the documents and of bringing the dates, if necessary, to their corresponding place in our system of computing time.”[8, pp.240-241]
– The Catholic Historical Review, vol. 2, no. 2, 1916

According to the quote above by The Catholic Historical Review, it appears to me that historical chronology in the sense in which they treat it is nearly if not wholly synonymous with paleography or diplomatics. Additionally, their treatment of mathematical chronology seems in line with what Bickerman below calls calendariography.

“Chronography, the method of establishing time-intervals between events and between them and the present, is thus different from calendariography, which deals with standard elements of time measurement.”
– E. J. Bickerman (1968)[15, p.62]

I included Bickerman’s above quote because both of the words he used are not used much today and he gave clear and concise definitions for each of them. I think the definitions are useful and that both chronography and calendariography are good words to be familiar with for chronological studies.

R. Chambers, The Book of Days, a Miscellany of Popular Antiquities in Connection with the Calendar, including Anecdote, Biography, and History, Curiosities of Literature, and Oddities of Human Life (Edinburgh, 1888, two volumes)[17, p.464]

[18] – C. Whittingham, Dean Street, & Fetter Lane. “The German Museum, Or Monthly Repository of the Literature of Germany, the North and the Continent in General ….Volume 3” (1801). https://www.google.com/books/edition/The_German_Museum_Or_Monthly_Repository/YGIHAAAAQAAJ?hl=en&gbpv=0. Accessed 25 Feb. 2021.