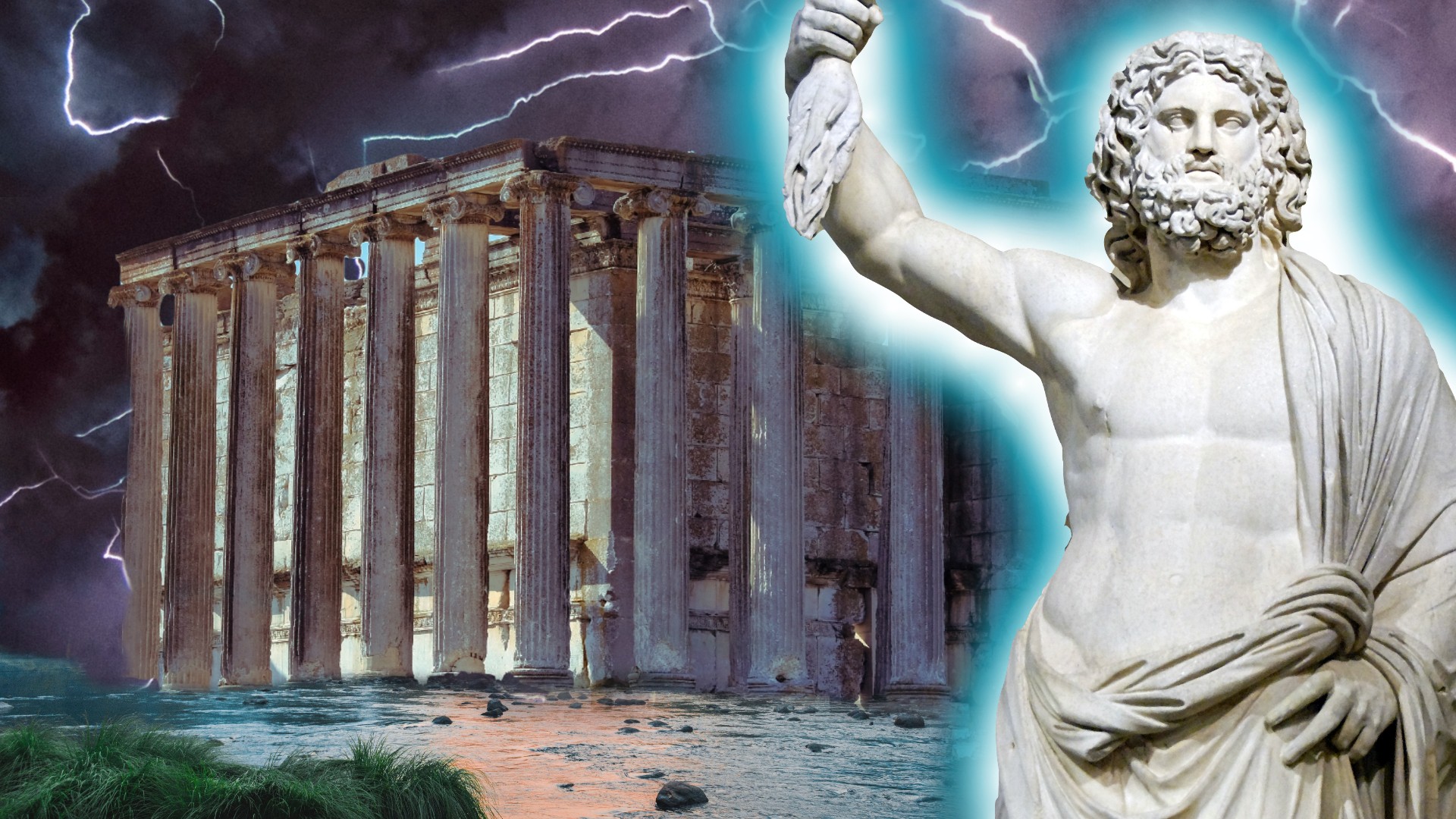 Archeologists working in the Sinai Peninsula have recently unearthed an ancient temple dedicated to the Greek god Zeus. It’s located just off the coast of the Mediterranean Sea in Northern Sinai, in Pelusium, the city which Mary, Joseph, and baby Jesus reportedly travelled through to enter Egypt.

The news of the discovery was originally announced on the 25th of April 2022.

Ancient pillars and large granite blocks were found on the site. The blocks are thought to have been stairs leading up to the (then mostly mud brick) temple.

Dating back some 2500+ years to the late Pharaonic period of Egyptian history, there is evidence of human presence at the site throughout the centuries at least until early Islamic times (7th-8th centuries CE).

This temple was renovated during Roman times by Emperor Hadrian (117-138) and Titos Flavios Titanas, as evidenced by inscriptions found during the excavations.

Digs in this area (the Tell el-Farma district) go back to the early 20th century. The French Egyptologist Jean Cledat had stumbled upon ancient inscriptions indicating the Zeus-Kasios temple existed, but it was never unearthed until recently.

The name “Zeus-Kasios” is based on mixing “Zeus” with the mountain which he was worshipped on, Mount Kasios.

The archeologists are eager to conduct a photogrammetry survey in order to help visualize the original design of the temple.

This survey would allow topographical maps of the site to be made from spatial and/or aerial imagery.