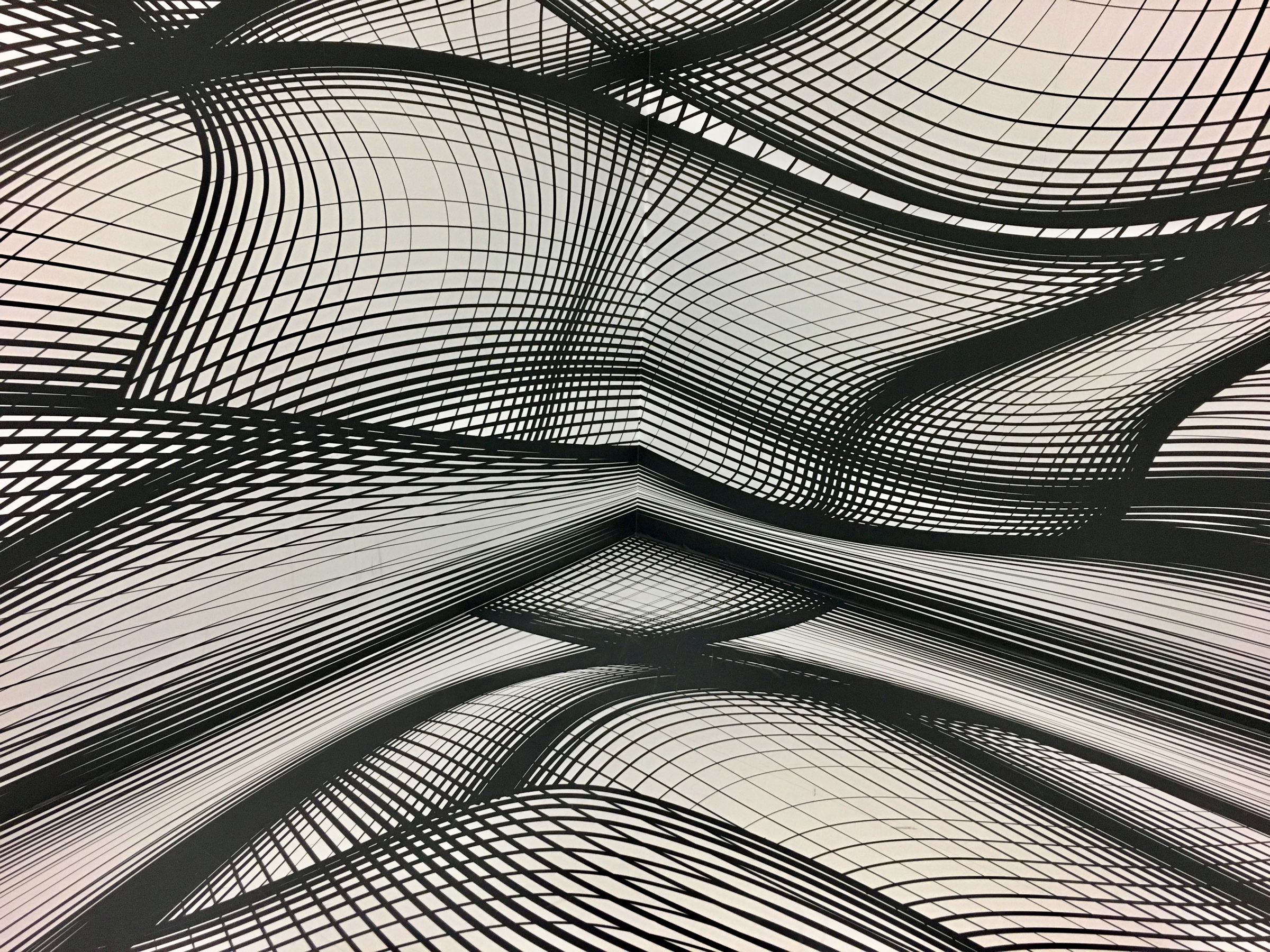 “Few periods have witnessed such active attempts to clarify the basic principles involved in the definition and depiction of history as the period that spans the end of the seventeenth century and the beginning of the eighteenth.”
– Günther Pflug (1971) [1, p.1]

I am writing this in the 21st century, in July of 2020 to be precise. Two full centuries have passed between the end of the 18th century and the beginning of this one. While many discussions have taken place over the past few hundred years on how to define history and how to conduct historical research, I still see a need to increase the number of these discussions. Due to this perceived need, I am writing this article to briefly cover the basics of historical method.

“The task of defining history is not an easy one. A number of historians have attempted to define it but there seems to be little consensus as to which interpretation is best.”
– Donald Schneider (1963) [3, p.19]

The issue with defining history is mostly due to history most commonly being discussed in terms of human history. The broad definition of history provided by Oxford Languages is “the whole series of past events connected with someone or something.” Someone or something can be any person or object, be it Abraham Lincoln (someone) or Earth (something). There have also been challenges encountered in defining historical method.

Here are two definitions from recognized dictionaries followed by my own, simple definition:

Merriam-Webster defines historical method as “a technique of presenting information (as in teaching or criticism) in which a topic is considered in terms of its earliest phases and followed in an historical course through its subsequent evolution and development”.

Dictionary.com defines historical method as “the process of establishing general facts and principles through attention to chronology and to the evolution or historical course of what is being studied”.

I define historical method as “the culmination of rules and techniques used while conducting historical research”. People who investigate history rely on oral sources, textual sources, and relics. Oral sources are those spoken sources which have yet to be written. Textual sources can be anything written, such as books, manuscripts, and newspapers. Relics are those artifacts which lack an inherent narrative, such as human remains or human tools.

“Vitally important to the development of any research project, methods are the means by which we conduct our research, how we locate and use primary materials, and for historians, how we recover materials for our histories.”
– Barbara E. L’Eplattenier (2009) [9, p.69]

What methods are available for people who want to investigate the past? The main method is known as source criticism. This method involves determining the validity of sources. The second method, which is to be employed after source criticism, is historical reasoning and argumentation. While the first method is concerned with collecting and establishing the facts of a given topic, the second method is concerned with establishing explanations and arguments based on the facts.

“The few articles on methods available to new researchers either lament the lack of methods in our field or offer overly simplistic advice – read widely in your field, have a good time, formulate a research question, or something of that nature.”
– Barbara E. L’Eplattenier (2009) [9, p.69]

“If all histories are constructions, then a methods section allows us to see the building blocks of that construction. We can see which section of the foundation is strong or weak, where we can build a wing, where we can add a door.”
– Barbara E. L’Eplattenier (2009) [9, p.74]

The current state of historical method is ripe with room for improvement. Technology has seen exponential improvements over the past 50 years (its 2020 now) and what was science fiction then is a reality now. The ways in which we store and share information have greatly changed too. These new developments allow us to communicate instantly with people all over the world and to publish our research for free for anyone to read, among other things. This means we can expand the house of history more effectively than ever before, but we need to communicate and research effectively as well. One issue with historical research is that a lot of it is hidden behind paywalls. Although, this is changing with time and more research is available for free now than ever before in known history.

“Only when a perplexing question has been identified and correctly stated does profitable study of history begin.”
– Carter V. Good (1942) [5, p.141]

“Indeed, it requires that all “facts” shall be subject to question, and the progress of historiography demands that the whole body of fact and interpretation shall be continually retested and re-evaluated.”
– Laurence Lee Howe (1950) [6, p.349]

Good and Howe’s statements highlight a fundamental of historical method (asking questions), and (in my experience) questions are too often ignored. There are a great deal of historians in our present age that refuse to question, or even respond to the questions about, established historical narratives. This is an issue that results in scholarship limited by the stubbornness towards exploring new routes of inquiry and an overall lack of development in historical thought, as the people who are best equipped for the journey into new realms of historical thinking are unwilling to venture into those realms.

“Many are the doubtful points in history, and it takes an ardent desire for truth and devotion to historical work to discover them.”
– Charles H. Wesley (1916) [7, p.334]

There are an incredibly large number of obscure spots in history. For example, the majority of records considered to be ancient and medieval have little to no information available pertaining to their origins. This does not bother nearly enough historians, as can be seen by the almost completely non-existent effort by historians to establish the history of the world’s most revered literary relics. Another issue is that these doubtful points are prime spots for the fakers of history to plant their false narratives, be it through faking texts or other means such as fake sculptures or coins.

“The problem of distinguishing the original form and meaning of documentary sources from later accretions after they are edited or interpreted or distilled by historians is the perpetual problem of all critical historical research.”
– Philip P. Wiener (1961) [2, p.532]

“The unease about method, of which one sees many signs at present among historians, is largely related, it seems, to the relations of proximity, of rivalry, and indeed of conflict that exist more and more between traditional history and the new social science.” – François Simiand (1985) [4, pp.163-164]

Wiener and Simiand both bring up issues in the use of the historical method. Wiener brings into view the issue with establishing what an original text might have said and meant. Aside from rarely ever having the original documents which later versions are based on, it can be problematic when trying to figure out what these missing documents might have meant. Simiand brings up differences between historians and how biases can present issues in scholarship.

“The fact that we have to go to history for the data – to become in a sense historians – does not alter the scientific end and does not relieve us from the utmost exercise of our mental powers in hypothesis, analysis, discriminating selection, synthesis, and clear and logical statement.”
– R. F. Hoxie (1906) [8, p.570]

Historical research depends on strong mental powers. A hypothesis is “a supposition or proposed explanation made on the basis of limited evidence as a starting point for further investigation”. The investigation continues with analysis, the “detailed examination of the elements or structure of something”. Discrimination is to be exercised during the analysis so as to eliminate the information which is unreliable. Synthesis is “the combination of ideas to form a theory or system”. Clear and logical statements are a result of efficient research. If you practice all these steps and become proficient at them, making clear and logical statements will not be difficult for you at all.

“”It often seems to me,” [Froude] says, “as if history was like a child’s box of letters, which with we can spell any word we please. We have only to pick out such letters as we want, arrange them as we like, and say nothing about those which do not suit our purpose.” The intellectual frivolousness which permits one to look upon history in this way is incompatible with the love of truth, and there is but a step from arranging facts to falsifying them.”
– John Lancaster Spalding (1880) [12, p.280]

Froude exploited was is sometimes known as an availability bias, or an availability heuristic. It’s when a person makes a judgement using only the information available to them, instead of all the information that exists. This can be done intentionally, such as in Froude’s case, but also unintentionally, which would be done by someone thinking that they have all the information, when they really don’t. One way to easily avoid giving into this bias when conducting historical research is by keeping in mind that more information than what you currently have may be out there.

“A more explicit kind of reflection on historical method comes up in the second half of the sixteenth century, when the genre of the ars historica rapidly gains a considerable popularity, first in Italy, but almost immediately also in other European countries.”
– Jacques Bos (2012) [13, p.135]

Bos’ comment stuck out to me because the current state of European history, and to a degree even world history, is heavily centered on Roman history. The strengthened interest in historical method and establishing history in the late can be seen exemplified in the man known today as the father of scientific (or modern) chronology, Joseph Scaliger. He was considered one of the most learned men of Europe, and in 1583, he published his Opus de emendatione tempore (Study on the Emendation of Time), a work which is still fundamental for today’s historical studies.

“…manuals on historical method, uninspiring as they may seem, offer in fact some fascinating insight into disciplinary polemics over the most fundamental of all questions: What is the goal our discipline must serve?”
– Herman Paul (2014) [14, p.172]

“The revolutionary importance of the philosophic historians must not of course be minimised even for a moment. They realised that an accumulation of facts does not make a history, and that the components of civilisation, such as law, religion and trade, are more important than diplomatic treaties or battles.”
– Arnaldo Momigliano (1954) [10, p. 453]

“Of all the progress which attended modes of scientific explanation during the nineteenth century, no single concept was developed, probably, which was comparable in importance for philosophical thought to the elaboration of the historical or evolutionary method.”
– George H. Sabine (1906) [11, p.17]

History of the Term “Historical Method”

I have not found much on the history of the term historical method. Based on Google Ngram Viewer results, it appears to me to have been first used around 1730 and its use peaked around 1905.