Map of the Unexplored World 1881 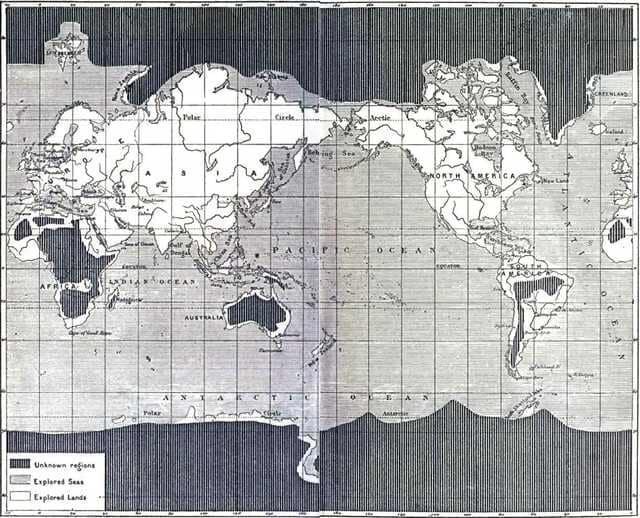 I think the map above is from the London Dockland Mapping Society and that it was published in 1881. I found it to be interesting because of the significant portions of the world which were still unexplored.

Basically all of Asia, Europe, and North America was considered to have been explored. However, almost all of Australia and Africa are unexplored, and South America has a significant bit unexplored. I tried to find other maps similar to this that predate this one but was unsuccessful. I tried to find more information about the London Dockland Mapping Society and was also unsuccessful.

Another reason I enjoyed this map was the perspective it sets on how recently the world was discovered. The Age of Discovery/Exploration supposedly started in the early 15th century and lasted into the 17th century. Still, even in the late 19th century, significant portions of three continents were still unexplored. And even today in the 21st century, significant portions of the bodies of the oceans and the earth’s body are unexplored, both having well under 10 percent explored and studied.

There is still much left to be explored and discovered. Possibly there are things still out there that once discovered will cause a complete paradigm shift.

Category: Article of the Month