The Texts of Josephus’ War of the Jews 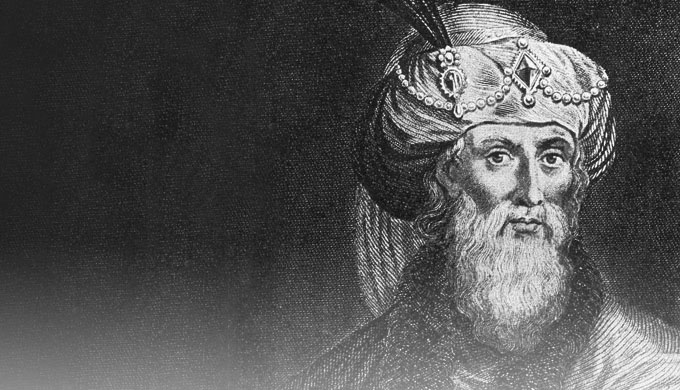 This article aims to establish the creation dates of the main textual sources used for the Josephus’ War of the Jews texts. All the sources have been dated to after 900 CE.

When I posted this article, it was April 6th, 2019. Originally the article was incredibly short and only listed the siglums and dates of creation for the MSS A, C, L, M, N, P, R, T, and V, as well as one date for a printed edition. On February 12th, 2021, I made considerable improvements and additions to this article.

The starting point for studying the important texts of Josephus’ Jewish War was established in 1894 by Niese and Destinon. In this work, they “identified and collated seven principal codices” which are still regarded as the most fundamental in existence today (2021).[7, p.307]

There is a single known papyrus that contains a small portion of Josephus’ Jewish War, “PApion Graec. Vindobonensis 29810, published by Hans Oellacher in the late 1930s” that has been dated to the late C3rd CE. The papyrus is also called “P. Vindob. G. 29810”.[7, p.308]

The following 7 codices are the principal ones identified by Niese & Destinon:[6, p.307]

L (aka B or Voss.): Codex Vossianus Fol. Gr. 72 (also referred to as “Lugduno‐Batavus”), paper, first half of the fifteenth century; Bibliotheek der Rijksuniversiteit in Leiden.

P: Codex Parisinus Graecus 1425. Possibly 1888? BnF doesn’t provide a spot for provenance information but I think maybe it was included in the “Summary Inventory of Greek Manuscripts in the National Library, Ancient Greek fonds: law, history, sciences. Paris: A. Picard, 1888”.[8]

Provenance information for these MSS is apparently severely lacking.

When I first posted this article I had ignored the mention of the 5th century manuscript because it had no name and no location. However, that MS was recently brought up in a comment on my YouTube video titled “An Investigation Into the Origin of The Holy Bible | Histories of Surviving Biblical Texts” and I have decided to look more into what was known about the MS.

The commenter pasted a section of what I think he claimed to be a book he had wrote in Spanish. The short passage claimed that there were 9 complete MSS of Josephus’ Jewish Wars dating from the 5th century CE. I had 9 dated MSS listed here since April 2019 and none of them were dated to the 5th century. I found this to be odd and so today I’m updating this article to share my studies into this alleged 5th century MS.

The person commenting had assigned citation 86 to the information about the Jewish Wars MSS. I asked what that citation was but they did not tell me. I then asked for 2 of the MSS names and they did not name any of them. Instead they told me to consider reading three works to find the information, namely:
1 – Steven Mason, Understanding Josephus: Seven Perspectives
2 – T. & J. Clontz, The Comprehensive New Testament
3 – Greg Koukl, “Misquoting” Jesus? Answering Bart Ehrman

I was not able to find the first two available for free online reading but the third one was a short (free) webpage. If the commenter was sharing a portion of the book they wrote, they plagiarized from Koukl’s article. If the citation is to Koukl’s article then it’s not as bad, but quotes are needed to show that the exact wording is taken from there. The part they took read as follows:

“…only nine complete manuscripts dating from the 5th century—four centuries after they were written.11”
– Koukl (2010?)[3]

I wasn’t sure when Koukl’s article was published because no date is given. The copyright is dated 2010 so I think at the latest that’s when it was published. That aside, Koukl did give a citation (#11) for the information which is “Paul Barnett, Is the New Testament History? (Ann Arbor: Vine Books, 1986), 45″.

I did manage to locate this work online for free and it was a relief to find that Koukl had properly cited the work even to the exact page number. The relief was diminished after reading the page because it put me back at square one. A claim with no citation. Barnett asserted:

“Apart from two collections of excerpts, there are only nine complete manuscripts in existence, the oldest of which is a fifth century Latin translation.”
– Barnett (1986)[4, p.45]

The commenter on my video heard it from Koukl who in turn heard it from Barnett. But who did Barnett hear it from? That is currently a mystery to me.

I looked back over Roger Pearse’s article today to see what I had missed there.[1] He only provided one citation in the bibliography, which for me was a good thing because I didn’t have to determine which among many works contained the info I was looking for. The work listed is, “H. St. J. THACKERAY, Josephus. With an English translation.  In Nine Volumes.  Vol. 2: The Jewish War, Books I-III.  Harvard University Press/Loeb (1927)”.

I think I found the correct volume on Archive.org.[5] Pearse obtained his information from (the Introduction) page xxviii. I don’t think anything more is mentioned by Thackery on the 5th century MS beyond what Pearse reported. Thackery based his work on Niese and so I think maybe more information can be found there but I have not yet looked there. The line about this MS in Thackery is:

“Lat. A Latin version known to Cassiodorus in the fifth century and commonly ascribed to Rufinus in the preceding century.”
– Thackery (1927)[5, p.xxviii]

Pearse made an additional note that Cassiodorus’ Institutes XVII, 1 mentions the MS. I think I found an online translation of this by James W. and Barbara Halporn.[6] Pearse’s note was correct and the passage reads:

“Father Jerome writing to Lucinus Betticus says that he cannot translate Josephus because of the size of this prolix work. We have had him translated into Latin in twenty-two books by our friends, a task involving great labor on their part since he is subtle and complex. He also wrote seven other marvelously clear books on Jewish Captivity. Some ascribe the translation of this work to Jerome, others to Ambrose, still others to Rufinus. This work, since it is ascribed to such men, declares the special merits of its composition.”
– Cassiodorus (C6th)[6]

While I have not reviewed Niese’s work for mention of a 5th century Latin MS of Josephus, I would not be surprised if Cassiodorus is the source of Niese’s conjecture. All of the above considered, I’m under the impression that the 5th century MS is said to have existed solely because of Cassiodorus’ mention of it. Where is that C5th MS today? Nobody to my knowledge has come anywhere close to addressing that. Sometimes when MSS are missing or lost, a note will be made about that. There are no such notes made about this MS anywhere that I saw. This leads me to believe that nobody in the modern era has ever laid eyes upon this alleged C5th MS.

Why then did Barnett (1986), and consequently Koukl (2010?), claim that there was a complete 5th centruy MS of Josephus’ Jewish Wars in existence? I think fundamentally it was because Koukl copied Barnett and Barnett failed to understand what Thackery (or possibly Niese) had communicated. It’s difficult to determine exactly why Barnett said what he said because he provided no citation.

In summary, I think if there was a complete 5th century MS that did indeed exist at one point in time, it is lost, destroyed, or being kept hidden. This means that the MSS I have listed above (A, C, L, M, N, P, R, T, V) are the MSS that survived and we can examine.

It was first printed in 1470 in Latin by Johann Schüssler in Augsburg.

2 Comments on “The Texts of Josephus’ War of the Jews”