Posted on September 1, 2020 by Stephen Sorensen 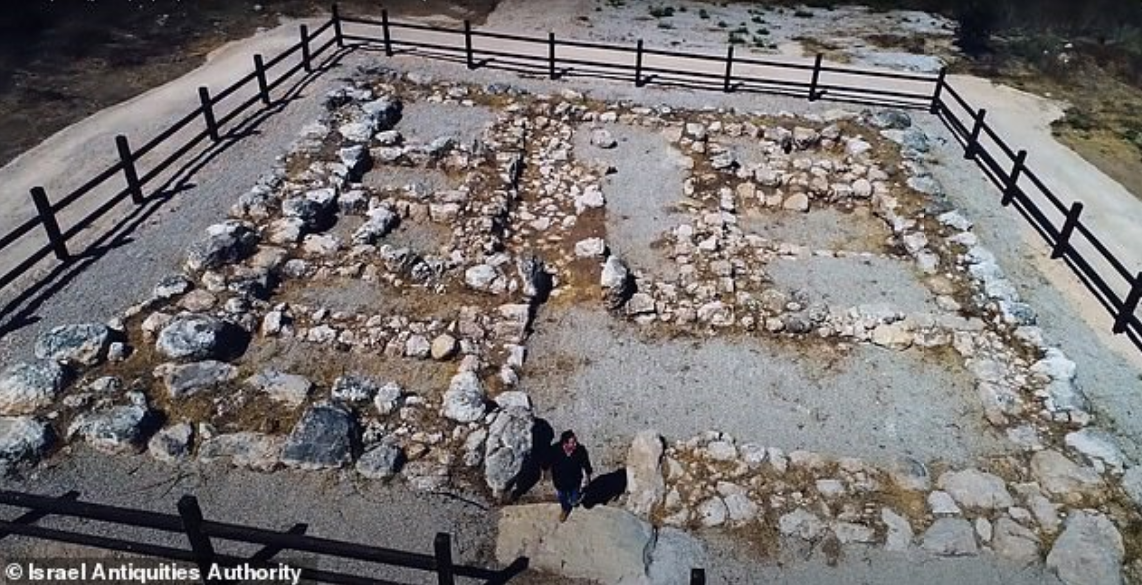 The unearthing of a Canaanite citadel dating to around 3200 years ago (12th century BCE) has recently been announced by the Israel Antiquities Authority (IAA). It was discovered near the city of Kiryat Gat in southern Israel, about 70 kilometers (40 miles) south of Jerusalem. The experts working on the site believe it was built during the time of the events in the Bible’s Old Testament book of Judges and that it participated in epic battles.

The IAA reports that at the time it was built, the Egyptians ruled the area and they built it to defend against the Philistines. After the site was abandoned by the Egyptians, many Canaanite cities were destroyed, most likely by Philistinian forces.

“The citadel we discovered offers a glimpse into the geopolitical reality described in the Book of Judges, where the Canaanites, Israelites and Philistines battle each other.”
~ Ganor & Weissbein

Saar Ganor and Itamar Weissbein, IAA archaeologists, reported that the building measured 18 meters long (59 feet) and 18 meters wide[1]. It has four lookout towers, one in each corner. A surviving doorstep weighed in at 3 tons and appears to have been carved from a single stone. The inside of the citadel has a brick-paved yard with columns and multiple rooms. They report that other, similarly styled citadels from the same era have been found in different parts of Israel.

The excavations were conducted by students from the Eretz Israel Dept. at the multidisciplinary school in Beer Sheva and from the Nahshon pre-military academy. A number of artifacts were discovered during the dig, among which were a bowl and a mug believed to have probably been used for worship. Hundreds of pieces of pottery and many bowls were also retrieved.

“The Gal On Citadel was seemingly built as part of a Canaanite-Egyptian attempt to deal with the new geopolitical situation. …The citadel was built in a strategic spot, overlooking the main road along Guvrin Stream — a road that linked the coast to the Judean lowlands.”
~ Ganor & Weissbein

The archaeologists hope scholars will be able to shed more light onto the Bible. Relatively little is known about the period it has been dated to, but it is believed to have been a time of major warfare. It is popularly known for being the time when the Biblical Samson is believed to have lived.

The IAA has announced a multiple of discoveries recently. One such discovery was announced on the 24th of August, about some teenagers who discovered 450 24 karat gold coins dating to the 9th century.

The site has been open to the public and free of charge since the 25th August, 2020.