The History of Fomenko’s New Chronology 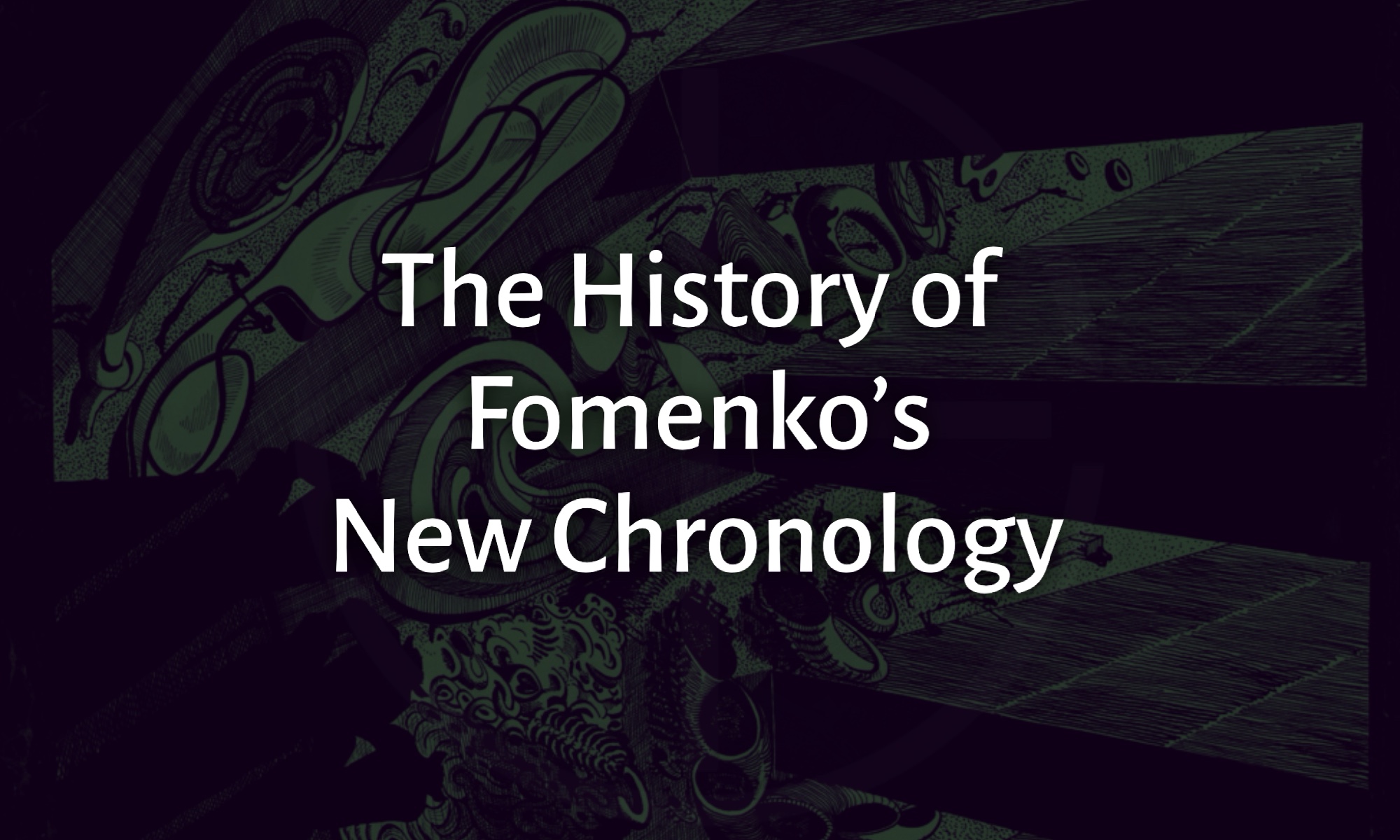 Anatoly Fomenko (1945-present) began his research on chronology in 1973, was publishing it in scientific magazines in the 1980’s, and began publishing it in books in the 1990’s. In the early 2000’s his popular 7 volume series “History: Fiction or Science?”.

What is Fomenko’s New Chronology?

Fomenko’s New Chronology (FNC) is an examination, critique, and reconstruction of the popular model of the history of human civilization. The examination and critique lead Fomenko et al to the conclusion that the popular model had been poorly constructed. This apparent discovery lead to the highly controversial theory known as FNC.

When was the first attempt to establish a scientific chronology?

The commonly accepted chronology was mainly established throughout the 16th-19th centuries. This chronology was created primarily by Joseph Scaliger (1540-1609), who is recognized today as the father of modern (or scientific) chronology. It was then examined and enhanced by Dionysius Petavius (1583-1652).

The chronology created by Scaliger and Petavius was based upon extensive tables containing all major events of world history known to them. However, these tables were and still are significantly lacking in tangible substantiation. They were heavily based on the Graeco-Roman records, which have since become the common denominator of all world chronologies.

What is the history of Fomenko’s New Chronology?

Stages 1 through 3 are notable for containing the efforts of the predecessors of Fomenko’s New Chronology. In these stages, attempts were made to establish a more accurate chronology than that of Scaliger and Petavius. Stages 4 through 6 are notable for being the direct results of Fomenko’s endeavors.

Stage 2 was set by Nikolai Alexandrovich Morozov (1854-1946). Morozov noticed apparent inconsistencies in the Scaliger-Petavius version of chronology. He developed methods to analyze chronology and based on them formed arguments about how the chronological timeline was shorter than what was being popularly accepted. Morozov published his findings between 1924-1932 in a 7 book work titled ‘Christ’. Fomenko claims that Morozov’s work fell short of the grand end, but the effort was significant nonetheless.

Stage 3 was set by the silence towards Morozov and his predecessors. The discussion on chronology stopped in Russia, and Morozov’s ideas were halted by slander. The discussion about chronological revisionism in the West ended over Velikovsky’s “catastrophism” hypothesis.

Stage 4 was set by Anatoly T. Fomenko’s development of new methods for analyzing narrative materials. The production of these methods were largely spurred by Fomenko’s assessment of the leap of parameter D” shown in a 1972 article by Robert Russell Newton (1918-1991). The leap in question allegedly happened around the 10th century. The issues which surround this leap have had a number of explanations proposed, among which is Fomenko’s, which is that the historical records have been misdated, hence the leap is imaginary.

During this time, Fomenko took a greater interest in Morozov’s works. In 1974, at the request of Fomenko, M. M. Postnikov gave 5 lectures on Morozov to mathematicians who worked at the Faculty of Mechanics and Mathematics of Moscow State University. This resulted in a group of mathematicians taking an interest in the problems of chronology and creating statistical methods for analyzing historical texts. From 1974 to 1979, Fomenko proposed and developed new methods of these types, and with them discovered what appear to be 3 major shifts in chronology (places where events have been wrongly duplicated in the historical canon), approximately 333 years, 1053 years and 1800 years.

From 1974 to 1982, Fomenko obtained results from his methods and compiled them in a manuscript about 6,000 pages long titled, Global Chronology of the Ancient and Medieval World: An Experiment in Statistical Research. Methods and Applications.[3, p88]

Stage 5 is when the newly developed methods began being published in the scientific press. A list of them can be found here. They were not received well by the majority of scholars who reviewed them.

“A foundation for this new branch of empirical “limited-sample” statistics was laid in a series of studies by Fomenko (1980, 1981a, 1981b, 1983). These new methods were evolved by Fedorov and Fomenko in (1986), by Kalashnikov, Rachev and Fomenko (1986) and successfully applied by Morozova (1985) to specific problems associated with analyzing source documentation and literature.”[2, p187]

There was a conference held on June 29th, 1981 by the Department of History of the Academy of Sciences of the USSR which attempted to criticize Fomenko’s findings. There were several publications based on the responses of this committee which appeared in the academic journal “Voprosy istorii” (Questions of History). Fomenko claims to have tried to publish a rebuttal in the magazine but they refused to publish his response.[4]

For a history of the controversies resulting from Fomenko’s New Chronology, click here. Fomenko summarized the responses as falling into 7 categories:

1 – There are no specialists in chronology. Also, “We don’t know any publications, which would contain scientific, professional critiques of our works on chronology. Such works would be especially valuable for us.”

4 – There is a communication barrier between conventional historians and New Chronologists.

5 – Conventional historians claim that the conventional chronology could be restored, but do not make any effort to attempt to restore it.

6 – Lies are told about the New Chronology and its developers.

7 – There is an issue in how the scientific field influences the political and ideological fields.

If you think you’ve found a critique of Fomenko’s New Chronology that does not fall into one of those 7 categories, please comment on this article or contact me with the critique so that I can review it.

Stage 6 is the stage of New Chronology book printing. The first book on this topic was Methods of Statistical Analysis of Narrative Texts and Applications to Chronology (Moscow, 1990). It would have been printed around 1983/4 but the request was denied since the methods did not conform with the “principles of Marxist historical science”. After the fall of the Soviet Union, Fomenko was able to publish more freely, and so it is no coincidence that his publications increase significantly in stage 6.

A list of Fomenko’s New Chronology publications can be found here. The publications have been met with mixed reviews. I’ve seen some people praise Fomenko for being a genius and I’ve seen others voicing the complaint that he hasn’t been murdered yet for his “nonsense”.

On the topic of the origin of the term “New Chronology”, Fomenko claims that his group had used the term for awhile prior to it finally being printed in 1993. However, it does appear to me that David Rohl had used the term in the 1980s. I don’t know how long prior to 1993 Fomenko had used it, but I do think the term is much more applicable to Fomenko’s New Chronology than Rohl’s, as Rohl’s is incredibly limited in scope and only makes minor adjustments to one short period of Egyptian history, while Fomenko’s makes major adjustments to the bulk of history up to the mid-17th century.

The Multimedia Museum of New Chronology was opened on December 29, 2019 by A. Fomenko, T. Fomenko and G. Nosovsky in Yaroslav, Russia.

2 Comments on “The History of Fomenko’s New Chronology”